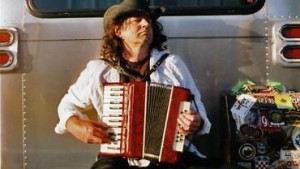 Radoslav Lorkovic has recorded eight albums, but he is best known for the virtuoso musicianship and beauty he has put into many other artists’ music – both live and in the studio.

Born in Croatia before moving to America at age six, the classically trained pianist and accordionist played three shows with Ellis Paul this past weekend (June 5-6) and will be playing at least nine concerts this year with Jimmy LaFave. Throw in a few gigs with Susan Werner, various shows backing a host of musicians at the Falcon Ridge Folk Festival, and his own shows, and it’s a typically busy year for Lorkovic.

Read more:  One of Folk’s Most in-Demand Sidemen Recalls His Favorite Shows