It was a fabulous evening with my dear friends Judi and Larry in Florida… I confess I was buzzing from the bubbles, the shrimp, the bubbles, the smoked mullet, more bubbles, a cheese platter then a decisive blow from a fabulous margarita concoction that sent me upstairs. I entered my guest house sized suite on slightly wobbly legs and began to drift into the ether.

The phone rang. I scrambled, trying to pinpoint the green circle. A deep baritone voice starts talking. I have no idea who it is or what he is saying. I respond with remarkable clarity and relevance to everything said. Then three words tied me into the conversation. Nashville and Don Conoscenti. Apparently I was speaking to Shawn Mullins! He got my number from Don. Then I hear: “Can you come to Nashville tomorrow? I’m making a record.” I sobered up immediately and agreed to everything. Shawn then added “Yeah, I usually use my B3 guy, but this record is different. I was thinking accordion. Not just any accordion and I know the guy.” Evidently that was me. 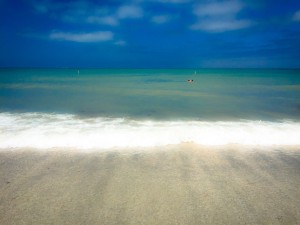 I said farewell to Judi and Larry vowing to deplete their full fridge of seafood specialties upon my return. I headed for the airport… not the Tampa airport, the St Pete airport. I actually had a gig there. There was a grand opening of a new terminal. Ribbon cutting, brunch, news crews, speeches and for some reason this had to be adorned by accordion music. Awkward indeed but I plowed through it gladly and was fed a nice brunch. Then I had a bit of time before my Nashville flight so a wandered a white sand beach and collected a lovely pile of shells.

Soon enough I traversed the causeway to the massive Tampa airport. I was Nashville bound. I was astonished how far north I had to travel to get down south. Headed up the elevator I overheard two thick central Tennessee accents avering that the Nashville airport was confusing. I chimed in “aren’t they all?” I exited the elevator and worked for 45 minutes trying to find my car. Then another 30 minutes seeking the ramp exit. The dot on my phone told me I was headed due west of Nashville. I took my exit seeing a Waffle House. This, unbeknownst to me, would be my main source of food for three days. Then I meandered down a tiny road through the deep woods and found myself smackdab in a Holler. I double checked to make sure all was right. You don’t want to be in the wrong private holler round here. Darkness fell. I passed a tiny broke down shack and thought: hmmmm. Kinda small for a studio. I kept driving. Then I saw a beautifully restored barn and a shining house on the hill. Shawn came out and greeted me wearing a camo jacket. We went inside and I was amazed and the enormity and comfort of the studio. He played the tracks. Each one was the best song I had ever heard. It’s a bit intimidating but right up my alley. 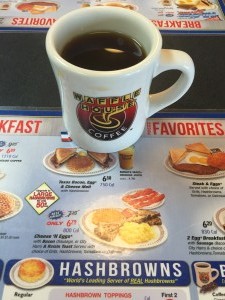 Then we went to the Waffle House. Shawn told me they had jukeboxes with songs specifically written for them. He began to sing. “Special lady, pourin coffee at the Waffle House. She’s amazing, shoutin all those orders out.” He was on a first name basis with the waitress. We went back up to the holler and I found myself on a queen bed smack dab in the drum booth. I looked up and noticed the ceiling was painted like the Sistine Chapel. I slept great.  We went right at it the next morning. I met the producer, the lovely Lari White. I hoped the accordion would help the already perfect tracks. Evidently, it did. Lari had me play freely first. Then she had me do a simple textural pass. Then a fairly busy one. By that time, she had composed a part of her own and sang it to me. (She is an accomplished pianist) I played back immediately. Our rapport was spot on. This process continued through all the songs.

To my astonishment I was asked to sing harmony vocals. To my greater astonishment Lari really liked what she heard and had me add multiple layers which she all brilliantly pressed into the background vocal. It sounded way better then I do! I emerged from the vocal group to find Chuck Cannon, the co-writer of the songs standing there with the head Doobie Brother. They were off in another part of the holler writing. Good lord. The HEAD Doobie Brother heard me do all my squawking in the booth!
After all the songs were loaded up with accordion, I took several passes on a super cool Wurlitzer. Some of that stuck as well.
After a truly incredible recording experience I drifted back south to Tampa where shrimp, mullet, dry champagne, and mystery night caps greeted a happy camper.